What is Japanese Script? How to learn Hiragana, Katakana and kanji 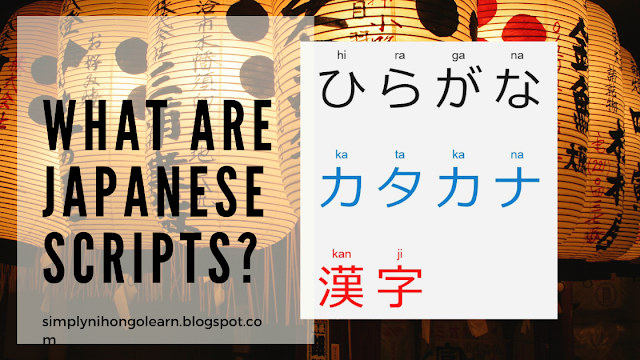 What Are Japanese Scripts? umm, the tricky question isn't it? well well, let me tell you why ??
Japanese have 3 types of scripts :


Surprised, Yes Japanese have 3 types of scripts and yes its tough to learn each one of them but with the practice your chances are high. You must be thinking if Japanese is that much tough then why she keeps saying to learn a foreign language and praise the Japanese language very much? Let me tell you the Japanese language has one of the toughest but great facts with it which is Japanese scripts which is divided into 3 Parts (see above with opened eyes, yes you got it) so, Japanese script is divided into 3 parts and each one of them is not that easy to learn but yes anyone can learn like I did and still struggling with the toughest part but yes I did and I am becoming good at it.

So the into was too much drama but its kind of worth it at the end of the article and you will leave with no queries or fewer queries in your mind.


Now I am going to tell you each scripts pros and cons and why should learn each one of them and how it will help you in learning the Japanese language: 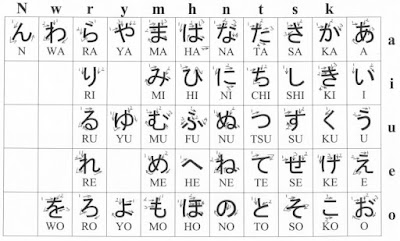 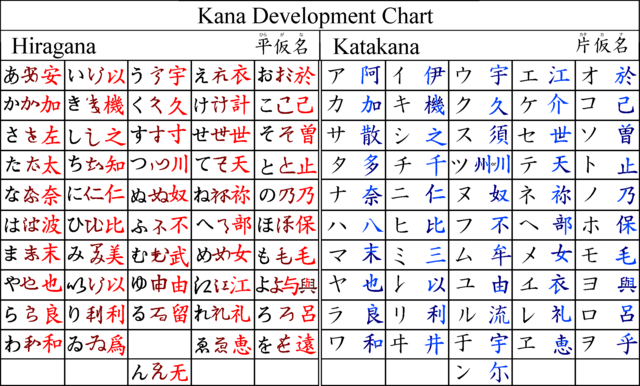 You can get an idea from this chart how Japanese script katakana and hiragana looks like. See more

Popular posts from this blog

What are the benefits of learning Japanese ?

Frequently ask questions are : What are the benefits of learning Japanese vs   Chinese,German, French, Spanish, Korean etc. ? Why should learn the Japanese language?What makes the Japanese language different from other foreign languages?
The answer is Japanese, Chinese, Korean etc. are the East Asian languages and the most amazing and toughest part of it is they have their own scripts which will make you highlighted from the crowd...

Japanese language is the best option for a career because of Japanese language demand in India as we know that Japan and India are really doing well and many MNC's have tied up with Japanese companies and the plus point is few people can continue with the Japanese language because in the starting Japanese language seems to be the toughest language as it includes three type of scripts hiragana, katakana, kanji which we'll talk about later and there are many best reasons to learn Japanese like these ones:-


Japan and China are the Leading countries who …
know more »

10 BEST Second Language to Learn in 2019  LANGUAGE plays a vital role in communication nowadays that is why people need translators who can translate more than one languages. Yes, I know it seems so easy to be a translator and earn more and more but everything needs something in return and it demands your hard work but after the hard work you put on your language learning you will definitely get what you are thinking of yes, highly paid job. But for that, you have to choose a foreign Language first from the Best Second Language to learn. It seems an easy task but choosing a wrong Language can take your career stats down that is why you need to search first and see what is in demand or right for you. Yes i know what are you thinking if it is hard then why I am suggesting it for a better career because It is hard but not impossible all you need to do is be focused on one language until you'll be able to understand its grammar, writing skills, speaking skills, listening which is the…
know more »

how to decide what language to learn?

Still confused in choosing a best foreign language to learn?
Once in a lifetime, we all thought about to learn a foreign language because it's interesting to learn something different and we all know foreign languages are too much in demand but only few can succeed in this process, why? because learning a new language can open anonymous ways to build the desired career but it demands hard work. A foreign language can be the best option for a career but we have to play smart in choosing a language to learn. I know volcano of queries is about to burst out but you don't need to worry, every question will be solved, you just have to read this wisely and at the end of this article, you will definitely leave with an answer of how to choose best foreign to learn.
know more »